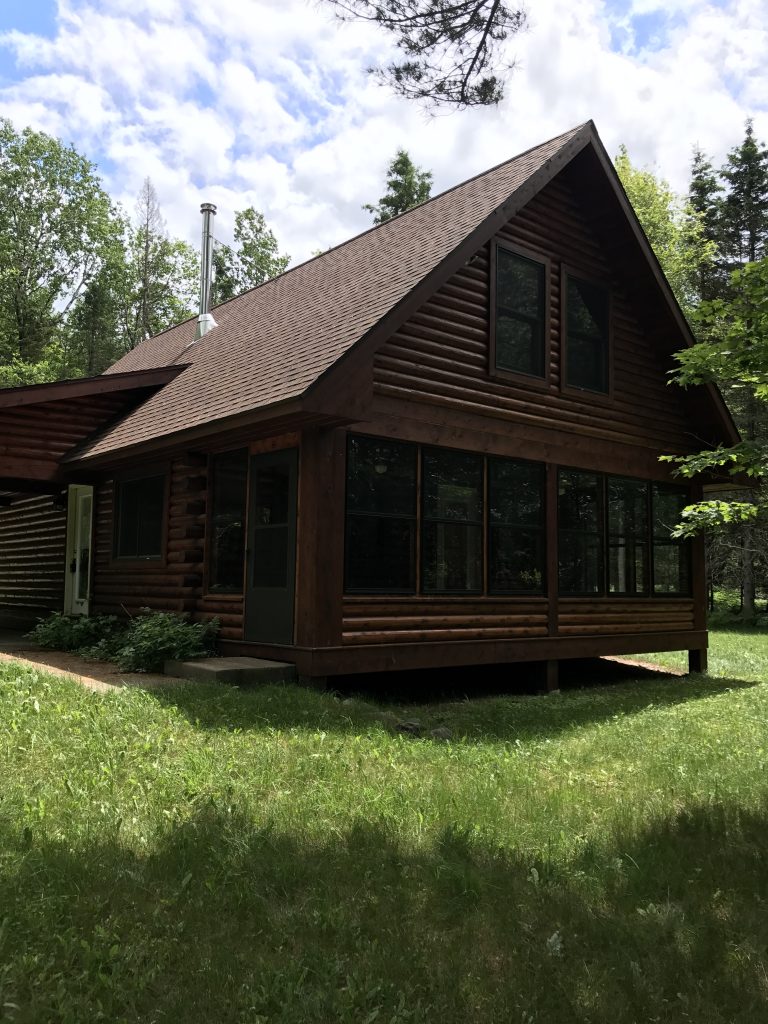 I know there are literally thousands of couples who would trust their partner to make any major decision that affected them both. But would you put home buying on that list? I did and damn, that worked out great!

When Paul got to the UP in March, his first task was house hunting for us. We had a temporary place to stay so didn’t have to worry too much about time constraints but were also pretty eager to find a place and get settled. We also sold our house in Illinois and needed to be out by July 1.

Online real estate listings were both an invaluable asset and a bummer. The very first house we looked at and liked online was Old Overgrown. It looked ridiculously small and unfortunately, did not appear to be on water. And with hundreds of lakes and five Blue Ribbon Trout streams in this county, living near water was a priority for us.

Paul looked at the house and fell in love. I wasn’t sure because it was small and lacked storage space BUT it was on the water (although a lot of trimming and cutting needed to be done to make it viewable from the house.) We had always loved the idea of small house living so were already prepared to downsize the crap out of our crap.

Paul took additional photos and video. I liked it although still didn’t understand the layout. We put in an offer and it was accepted! We got a 30 year mortgage on a house I had never seen!

The first day I arrived in the UP, we went out to Old Overgrown and I was in love. Pictures don’t do justice the the craftsmanship of this well-built house and the surrounding acres of magnificent forest. It is the dream house I never dreamed about because I could have never imagined something so breathtaking could be ours!

A New Level of Prepared

ORV Trails and a Flat Tire