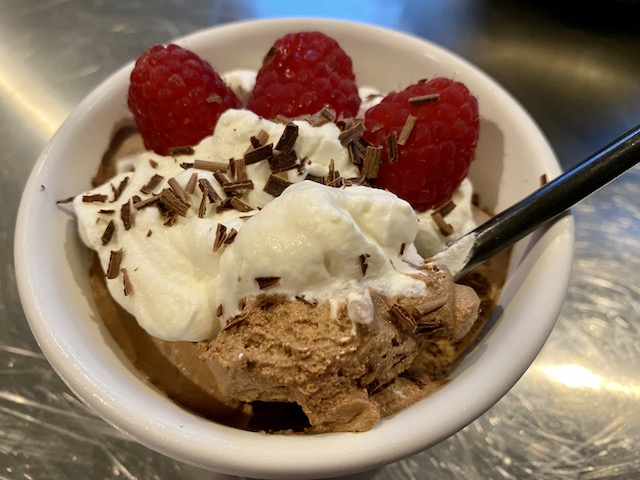 This can be made a few days in advance so it works great for dinner parties. Or desserts for days.

Whip the cream
Whip the heavy whipping cream to soft peaks, then chill.

Melt the chocolate
Put the chocolate, cubed butter, and espresso in the top of a double boiler over hot, steamy water (not simmering), stirring frequently until smooth.

Add egg yolks to chocolate
When the chocolate has cooled until it is just warm to the touch, stir in the egg yolks.

Spoon into serving dishes, chill
Spoon or pipe the mousse into a serving dishes. If you wish, layer in fresh raspberries and whipped cream. Chill in the refrigerator.

This recipe is adapted from simplyrecipes.com

There’s a Story There: Duck Eggs