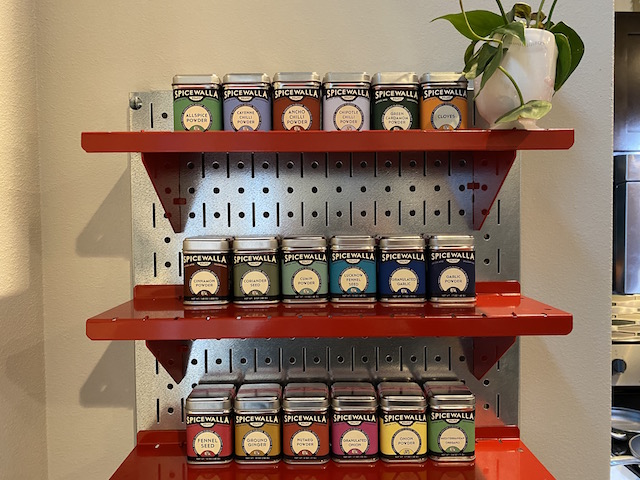 How old is too old for spices? “Experts” suggest many spices and dried herbs lose their potency after just six months. If you are like us, you have several go-to spices that you use often so replace regularly so they are always fresh. But we also have those spices we like to have on hand but use maybe once or twice a year (looking at you marjoram).

I guess you could say we have been collectors of spices …not wanting to throw anything out in case we needed it and continuing to buy new spices on the off-chance we would need it ASAP. We found ourselves with a large spice drawer and 8 stacked trays of spices, some over 10 years old. (Trays which rolled and Susan knocked over twice!) Several of our bottles also got moisture in them causing them to solidify.

So we decided to purge most of the old spices and treated ourselves to new spices from https://www.spicewallabrand.com/

We investigated several spice companies but liked Spice Walla because most spices come in small tins (one ounce or less) so we aren’t sitting on huge amounts of spices. They also come in tins which prevent light exposure which also decreases quality and shelf life.

A local kitchen store carries some of their spices so bought what we could there. The remainder we ordered online. Somehow we ended up with two kinds of fennel seeds so I guess this whole new spice philosophy is still a work in progress …