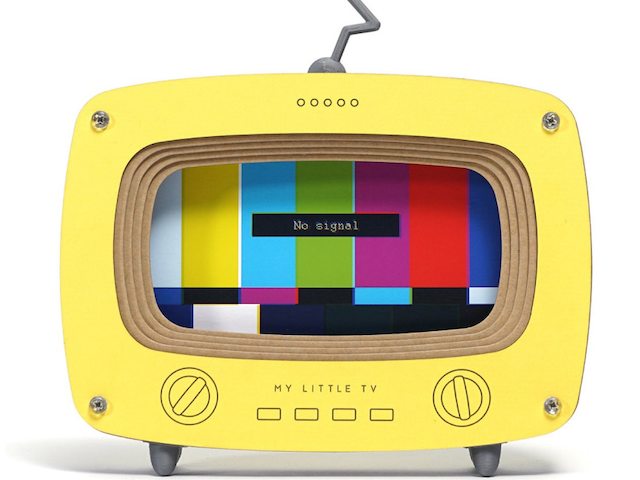 About ten years ago, Susan and I “cut the cable,” stopped renting DVDs and decided to watch TV entirely a-la-carte, over the Internet (connected to our TV.) Mostly, it’s been great – no late fees (I was terrible at that!), and we get to watch the movies we’re really interested in (though during the first year of COVID, it seems like we had already watched every movie worth watching.) We don’t get local channels and no real sports, but we’ve found a work-around when it really matters.

Along the way, we’ve watched some wonderful TV series. I thought we’d share a few of the more off the beaten path shows that we’ve loved, in case you want to try anything new (and yes, we also loved watching Game of Thrones, and Ted Lasso, but who hasn’t?). Here goes:

Acapulco (Apple+) – A totally cute series about a young man in Acapulco longing to work for a ritzy resort there in the 1980s.

Barry (HBO) – I still hear of people who haven’t watched this comedy of a hitman turned actor so am including it in the list. Bill Hader’s character tries, and fails, to leave a life of crime. Great supporting cast.

Catastrophe (Amazon) – Hilarious sit-com about an American businessman who has a one-night stand on a business trip in London. The cynical Irish women gets pregnant, and they try to make it work. hilarity ensues.

The Chef’s Table (Netflix) – Gorgeous, sumptuous doc-series about some of the best chefs in the world.

Fleabag (Amazon) – Sort of obvious, but one of the best TV series we’ve ever seen – dry, self-deprecating, brutal and spit-your-wine-out funny.

For All Mankind (Apple +) – Jaw dropping and riveting alternate history drama – what if the Russians got to the Moon first? How would NASA react? And the series finale? It had us balling! (side note … it took a couple episodes to get into this show … give it time)

Gentleman Jack (HBO) – Set in the year 1832 in Yorkshire, the series focuses on landowner and industrialist Anne Lister. The series is based on the collected diaries of Lister, which contained over four million words and were written largely in secret code, documenting a lifetime of lesbian relationships. Lister is a delight – fiercely funny and smart and she often breaks the fourth wall to let us in on her little jokes and observations.

Godless (Netflix) – Gritty Western starting Michele Dockery of Downton Abby fame. In a remote Western town, all of the men have died and the women must step up and dispense justice.

Good Omens (Amazon) – Based on the comic novel from Terry Pratchett and Neil Gaiman. What if the prophesied second coming actually happened, but the babies were accidentally switched in the maternity ward. An angel and a demon pair up to try to keep the universe in balance.

The Great (Hulu) – One of the freshest things we’ve ever seen a semi-historic comedy/drama about the rise of Katherine the Great in Russia. Sex, self-flagellation, bears and mummies about in this totally ribald and weirdly diverse tale that has you cheering the good guys and the bad guys as well.

Landscapers (HBO) – Short based-on-actual-events mini series about a couple who killed her parents (or did they?) and then buried the bodies only to have them found ten years after the fact. Stunning acting performances!

Made for Love (HBO) – Quirky comedy about a stunted tech genius who wants to implant a mind-connecting device into his wife (after he already tracks and analyzes her orgasms.)

The Marvelous Mrs. Maisel (Amazon) – Another obvious one, but sumptuous sets, a real sense of the time (early 60s New York) and an ensemble cast that kicks it out of the park – plus Mrs. Maisel’s amazing stand up routines!

Mindhunter (Amazon) – A two-season gem chronicling the advent of serial killer profiling in police work – plus some downright creepy and fascinating serial killers as “consultants.”

One Day at a Time (Netflix) – This almost didn’t make the list. There is a “lesson” in every episode – dealing with racism, alcohol abuse, homophobia – but Rita Moreno is amazing in every scene.

Our Flag Means Death (HBO) – The latest Taika Watiti project. Fun pirate romp that asks the question: what if the great pirates Bonnet and Blackbeard met and became besties? A truly hilarious bromance!

Peacemaker (HBO) – OMG – just watching the opening credits will make you smile! It’s the unlikely tale of the right-wing minor superhero Peacemaker and his band of operatives – the lowest rungs of the superhero pantheon, struggling with relevance, internal beliefs and aliens. Plus there’s Eagley, Peacemaker’s pet eagle who gives great hugs.

Reacher (Amazon Prime) – This Reacher embodies author Lee Child’s Jack Reacher (with none of that Tom Cruise nonsense.) After being wrongly accused of murder, Reacher helps police find the real killer(s). He is like a quirky, human superhero. Violent but a lot of fun.

Russian Doll (Netflix) – A crazy new take on Ground Hog Day, where a New York party girl must relive her last day on Earth over and over again.

Somebody Somewhere (HBO) – So subtle and powerful about an unmotivated woman who returns to her home in Kansas after her sister dies. Kind of a coming-of-age story about a middle-aged woman.

Station Eleven (HBO) – A wonderful post-apocalyptic science fiction series based on the novel of the same name – about the importance and necessity of art when society falls apart. It veers from the book in many ways but is still compelling.

Sweet Tooth (Netflix) – Based on a comic book, Sweet Tooth follows Gus, a half-deer half-human child, who lives a sheltered life in the forest until he doesn’t and lots of people want him dead.

Teenage Bounty Hunters (Netflix) – Take a pair of sex-curious highly religious Texas high school girls and introduce them to a hardened bounty hunter (whose cover is a frozen yogurt shop), and you’ve got an unexpected fun ride.

The Terror (Amazon Prime) – Based on the historical events of Captain John Franklin’s ill-fated expedition to the Arctic in the 1840s, two Royal Navy ships become icebound in the Northwest Passage. This show blends horror and the supernatural and hilarity does NOT ensue.

Veep (HBO) – Another obvious one, but this is masterful TV at its best – cringe-worth and hard to watch and utterly hilarious. No one is a good person here – yet it feels so real…

What We Do in the Shadows (Amazon Prime) – A hilarious mockumentary based on the movie of the same name. A group of vampires have lived together in Staten Island for hundreds of years and struggle with the mundane such as paying rent, boredom, and roommate issues. “The Baron is Out” episode in season 1 is one for the books.

The Woman in the House Across the Street from the Girl in the Window (Netflix) – Quirky whodunnit sees an alcoholic, wine drinking, divorced mom (whose young child was killed in the most horrific, and yet somehow funny way) witnessing a murder in the window across the street.

Years and Years (HBO) – A fascinating drama covering decades of time across an expanded family as the world comes apart around them in the UK, including the rise of the crazy, right-wing Trump-like Emma Thompson who drives the world to the brink of extinction.

And since we are on the subject, here are some good ones that you probably have seen: