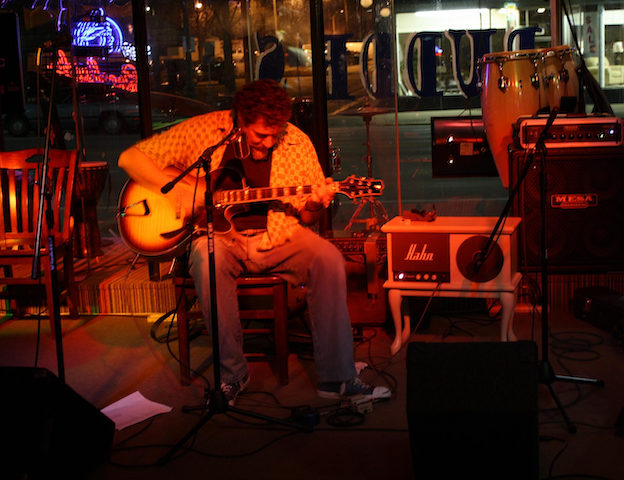 I was thinking today about what I might have done on a Sunday morning when I was 25 or 26 years old – and the first thing that hit me was that I probably wouldn’t be awake in the morning at all – I’d probably be sleeping off whatever drunk or stoned time I had on Saturday night. And then my memory is a complete blank – what DID I do on Sundays? I’m thinking not much, and certainly not much interesting.

One thing that has for sure changed is my spontaneity. It’s much rarer for me to want to do something at the drop of a hat. I tend to like something planned – at least a day or two out. And I do feel myself more resistant to change – favoring the familiar. BUT, Susan and I DID drop everything and change our lives 100% to come out west to Oregon (and Michigan’s U.P. before that) – damn that took some balls! That’s change writ large, and we made it happen.

I also find myself liking mellower music – not necessarily older music, just more mellow. I’m still every bit as much into guitar music and riffs as ever, but I like it a little more slow, a little more sparse. I also, oddly (and perhaps this is an artifact of digital music services like Spotify) find myself listening to more new, I-never-heard-it-before music and getting into it.

Another change I notice is how hard it is to memorize new information – this hit me full-on when I had to memorize a small video script for work – man, damn near impossible. This memorization issue slaps me totally in the face when I’m trying to learn new music – I probably haven’t really memorized more than one or two new songs in the last ten years (I certainly can play more songs, but I need some sort of visual cue). The one that gets me is Dylan’s “Stayed in Mississippi a Day Too Long” – a simple song that I can play well, but man, I can NOT get it memorized. Same is true of the Dead’s “Ripple.”

I also find my relation to cooking (one of my great later-in-life loves) evolving. I used to hate preparing to cook (the “meez”), and I used to always be looking at a recipe. Now, I love the prep time, and I take it nice and slow. I love sharpening the knife, making careful uniform cuts, thinking through the process. I like that I have quite a few things I cook that I don’t need a recipe for – that I can just cook and feel pretty damn confident that it’ll be good.

I think in general, I’m tackling tasks at a slower rate, but I feel more deliberate and intentional. I take my time and think about what I’m doing, and really take pride in doing things right. And I seem to be able to notice subtleties that I never paid attention to before – even in weird little tasks like spreading cream cheese on a bagel or pouring steel-cut oats into boiling water. I notice what works and what doesn’t. I seek out purposeful shortcuts and efficiencies.

I honestly feel like I have some wisdom now. When I was younger, I really didn’t know what that word meant (I guess like I really didn’t know what love meant) – it felt like it was some label older folks used to rationalize why they knew more than you. Now I “feel” what wisdom means, and damn, if I don’t know a TON more than younger folks. It’s not specific task knowledge or a depth or specialization – it’s more of an understanding, or perhaps an intuiting of how the many variables of life mesh and work together. It’s understanding the whole “system” at a depth that is really hard to explain. But I know things, and the “big” questions (“What’s it all for?”, “What’s the purpose of life?”) feel at least functionally answered in my own mind so that I don’t stress them any more.

Are there things that stress me out? Sure there are, and they’re the same ones that have stressed me out for decades. Can I make enough money to handle my responsibilities? What happens if something goes wrong? But honestly, they don’t eat at me like they used to – I have confidence that solutions can be found, even if they take a while to put in place.

I guess I’ll wrap up with a thought on confidence. When I was younger I wasn’t confident, instead I was cocky. I knew I was smart and thought I could do anything. But I didn’t DO anything – I just spun my wheels, and I was an idiot.

Now I’m confident. I have wisdom, peace, true happiness, and I’ve got pride in real and genuine accomplishments. I know how to do many, many things, and I know how to figure out what I don’t know. I rarely get overly nervous (though put an asterisk by the moments before playing at an open mic). I do stress out, but I think that’s natural. I HAVE learned to accept the stress, and after a short period of time, let it guide me to a more proactive set of reactions.

All in all, setting aside the physical “falling apart” of the human body as it ages (that’s a topic for another essay!), I feel better now that I ever have before. So I guess being fifty-something is pretty damn cool after all.