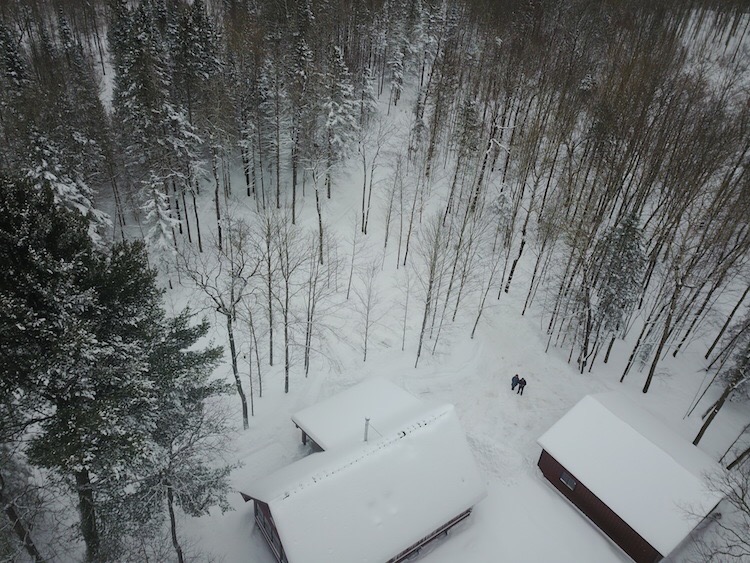 We use so much less ice in the UP than we ever have! I think we have used the ice maker in our fridge twice. And it seems totally obvious, but we had bloody Marys at an outdoor event and the ice never melted!

Outdoor chic – it’s a thing. There definitely is a Northwoods style that is laid back, practical, and warm during the winter! I can’t seem to stop buying knit hats!

During the summer, the grocery stores display corn on the cob (in husks) on ice. There must be a reason for this, I just don’t know what it is. Two of the things I will miss most about Illinois is the sweet corn and the summer tomatoes. Even though they will be for sale here, they just pale in comparison.

Saying “River” after the name of a river is not cool. It’s the Brule not the Brule River. It’s the Paint. Not the Paint River. It’s Cooks Run which is a bummer after I hash tagged #cooksrunriver dozens of times. (As a side note, I don’t really care if I sound cool or not.)

A sauna? It is pronounced the original Finnish way: SOW nah. And boy, are they popular up here. Speaking of Fins … my mom just got her ancestor DNA results and she is 3.5% Finnish! I guess that makes me a small percent too. Cool!

Anyone who knows me KNOWS I run hot. But even in the coldest of winter, everywhere we go is SO warm! I’ve only been cold once and that was last week with a super strong wind.

Oh, and as God as my witness, I’ve seen turkeys fly! For real! The wild turkeys roost high in trees and can fly about 1/4 of a mile. We saw dozens of them coming down from their roost and flying to the neighbors house (who feeds them.) And, according to Stella, their poop is tasty.

Also, flying squirrels are real and live here. Legit as shit. I saw one of those too! They actually have membranes that connect their front and rear legs and kind of jump then soar.

I had no idea porcupines also live up here. I’ve seen a few … all road kill.

We saw a couple of tundra swans flying over the house yesterday! And the woodpeckers are beautiful but one SOB had been pecking our house! Like, part of our house in on the ground. @#$#* woodpeckers.