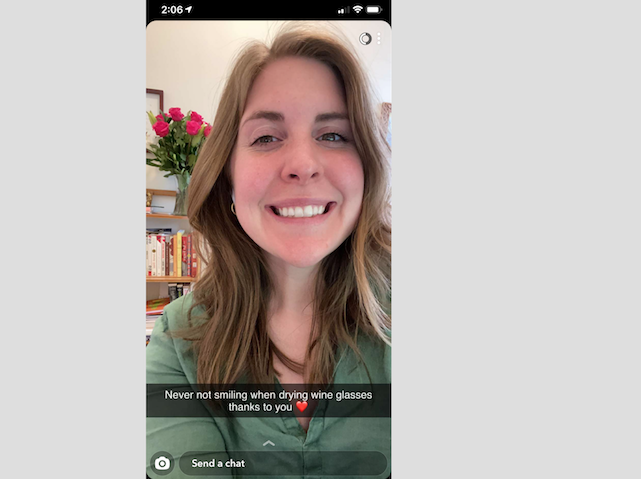 One of my greatest joys is when I hear from one of my stellar MAW kids. I love knowing how they are doing out there in the real world and love when they let me know that things they learned on the job have stuck with them in that real world!

I’ve often said that as a business owner, my greatest asset was my employees. For the most part (with a couple exceptions) my crew was exceptional. I cared deeply for them. They cared about the wine shop, they cared about me, and we really became a family.

One of my on-going challenges was working with young women on the RBF. For anyone who doesn’t know, that is resting bitch face and it is a killer in customer service.

According to wikipedia, RBF is “a facial expression that unintentionally appears as if a person is angry, annoyed, irritated, or contemptuous, particularly when the individual is relaxed, resting or not expressing any particular emotion.” In other words, it gives off a “fuck you” or “I don’t give a shit about this job” attitude.

I used to tell the MAW kids that even while doing mundane chores such as drying wine glasses, they should look appear happy and pleasant. Every time. Even if they thought no one was looking. It’s not like anyone believed they were thrilled to be drying crystal … the point was the customer saw happy employees.

Nothing I preached was earth shattering or terribly novel. But it pleases me to know that some of those lessons are continuing to make people better employees in whatever paths their careers took. And better employees lead to better business. Period.

A Not So Ugly Dish Drainer

Getting into the Game Industry