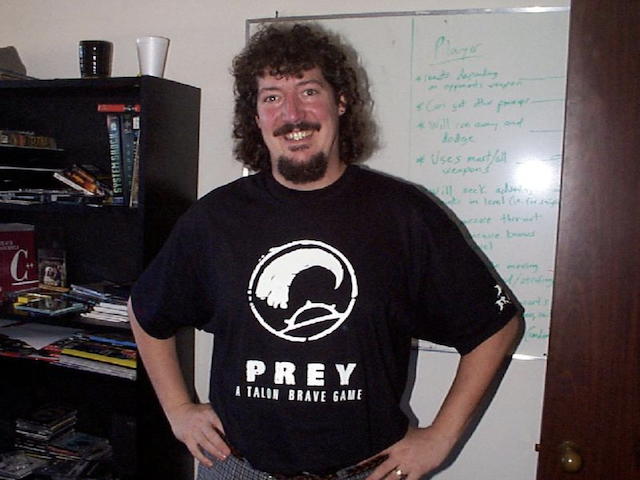 So I’ve always been a gamer, and I’ve had the amazing privilege to work in the game industry for a number of years – as a journalist, as a contract designer (for The Other 90% Inc.), as a lead designer (Mechwarrior 3 for FASA Interactive), as a producer/designer (Prey at 3D Realms) and as the head of my owner software company, Magic Lantern Playware. Even though I work in the economic development sector now, I still do a lot of “gamey” thinking, both at home and professionally.

But how’d I get into that industry? Like all things, it was a twisty path that I could have in no way planned. But one thing was foundational – as a little kid, I was totally engrossed in “rule systems” – and how adding rules to play made play even better. Back then, I didn’t know how to explain it, I just did it. For example – having a friend over and hanging out on a swing set was fun. BUT if you said the swing set was a pirate ship, and the lawn was the ocean and Nikki our poodle running around the yard was a dangerous great white shark – suddenly, you had rules adding structure and challenge to the play, and it was SO much more fun!

So I was a geeky miniatures and RPG gamer in 1977 when my dad suddenly died. My Mom had no idea how to be a single mom, but a family friend was playing around with the totally new TRS-80 and how to do accounting with it. He talked my Mom into buying me one to give me something to dive into to take my mind off of losing my dad.

I totally geeked out on coding in BASIC (Beginners All Purpose Symbolic Interpreter Code, for the geeks out there – you know who you are!) and coded stupid dungeon crawlers and pixel paint programs and a database to track my beer can collection (called PIMS – Personal Information Management System). All the while our family friend Larry sort of became my ersatz dad and we explored coding together, and he started looking into starting a game company. He initially did contract work, and my first paid gig was in high school, coding on an Apple II – doing graphics for an educational math game to be published by Guinness (the beer guys). I coded fun little splash scenes you’d see when you’d get some problems right.

Things took off when the Atari 800 came out. I learned assembler and Forth and Larry’s company took off – called “Rocklan Corporation” – and I was a junior coder there on their “rip off” (as in Wild West of no licensing or copyright) Wizard of Wor port. I also got totally into Eastern Front and became pen pals with its creator Chris Crawford who later became a bit of a mentor to me (he’s widely considered to be one of the “fathers” of modern computer gaming).

But the industry wasn’t all that mature then and when I attended Knox College to get a degree in computer science, I was told game programming wasn’t a valid career path. So I gave it up and pursued an MFA in science fiction writing (through it’s own overly long and twisted path) – and only came back to the game world after grad school writing for Compute (I took over the Gameplay column from Orson Scott Card), Omni and Computer Gaming World (where I was the game design editor)… and that writing work, plus my love of rules systems started the dominos falling and by 1996, I was making games full-time at FASA Interactive up in Chicago (living in a corporate apartment off Ashland during the week and driving home to Monmouth on the weekends). What a crazy ride!